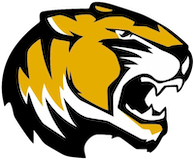 Former Longview standout Bobby Taylor had his jersey retired in a pre-game ceremony. A 1992 graduate Taylor was a football, basketball and track standout, helping the Lobos win the 1991-92 Class 5A boys basketball state title. After a collegiate career at Notre Dame, Taylor had a 10-year career playing cornerback in the NFL, nine with the Philadelphia Eagles.

Taylor's jersey will receive a permanent display in the Lobo Den, Longview's main locker room for boys sports. Taylor's number (24) will not be retired because the football team does not retire numbers, according to Longview ISD director of extracurricular activities Pat Collins.